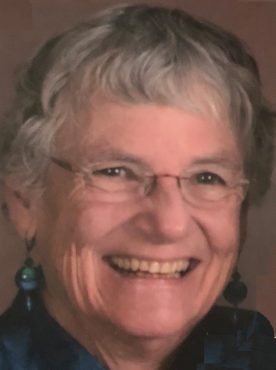 Barbara Boucher Owens retired in 2012 from the Computer Science Department at Southwestern University in Georgetown, Texas. She has been in the computing field since 1967 when she worked at IBM Research in Yorktown Heights, NY and later in San Jose, California, in the area of Computer Assisted Instruction. She began her teaching career in 1970 at Brooklyn College and was a founding member of its Computer Science Department in 1971. Barbara also has held tenured positions at Mercy College in Dobbs Ferry, New York, and St. Edward’s University in Austin, Texas. She spent a sabbatical teaching at Uppsala University in Uppsala, Sweden. She is an ACM Distinguished Educator, a past chair of the ACM Special Interest Group on Computer Science Education serving on its board for 16 years and recipient of the SIGCSE Award for Lifetime Service. She served on the ACM Council, the ACM Education Council, and the ACM Council on Women. She is a past-president of the Consortium for Computing Sciences in Colleges, and co-founder of its South Central Conference. She is co-leader of the Computing Educators Oral History Project (CEOHP) and is currently Chair of the ACM Committee on History. She has been a member of both SIGCAS and SIGCSE for most of her professional career. Locally, she is a founding member of the Friends of Georgetown Parks and Recreation, sings in her church choir, and teaches water aerobics She holds a PhD from NYU, MA from the University of Texas at Austin and BA from Ohio Wesleyan University and was the co-valedictorian of her high school class in Wauseon, Ohio. She and her husband Philip have two daughters and four grandchildren.